A Grey Area is not a Restricted Area. It my be entered freely, the only condition being that one know one is free do to so. There is of course a line which must be crossed, but one that is not thin, like a tape or ribbon. Its breadth, or distance is more an agreement, a complicity, more unspeakable than unspoken. It is not a physical line, one that may be walked across, or through, or stepped over. It is sensed rather than seen, the primary sensation which evidences the line – and which keeps most out – being fear. At best it is climbed through or crawled under on all fours. It is often accompanied by a bad smell. It is a psychological line which has become a distance, but one that is still somehow flattened to a plane of sorts – a field (force field) which repels at a distance beyond the visible.

These are all sites of prior or potential brutality, real or imagined. Anything that can be imagined may quite likely have occurred and continue to occur as these spaces continue to exist. Treacy renders these spaces visible in two ways; he paints them grey and then he photographs them. The grey looks cool, intelligent, almost chic, but I would argue that this appearance is part of the subversive nature of the project. The opposite of clinical becomes critical in grey, as though become a politicised form of a medical condition, a fucking with forensics. Treacy is driven to these places by the urge for the project. (It is the experience of any photographer to increasingly find himself able to overcome all kinds of trepidation for the photograph). He reveals these sites by painting over them, leaving in his wake, in the world, a secretive, yet ultimately absurd (theatrically, philosophically), series of grey painted areas. If one were to draw back from the frame of the image, one imagines an edge which is as roughly painted as the edge of the image is tight. They are lost, unfit places, abandoned even by Treacy himself, having been sought out, served their purpose, once again discarded. One might seek out these actual locations but success would be unlikely for most who might read this text. You’ll know it when you get there though: it smells bad and is painted a shade of milked grey, already peeling away at the edges. 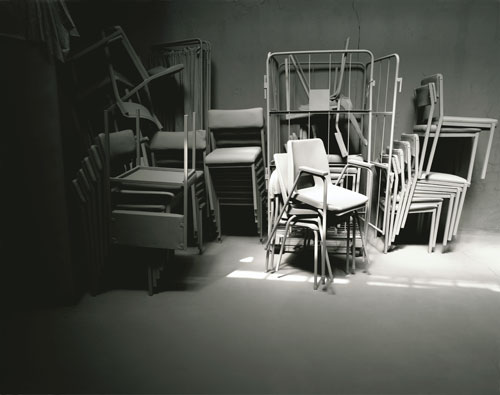 These images by Danny Treacy and the accompanying text by Becky Beasley capture moments just so.  The description of these images transport you to them without even seeing them.  Though now there seems an excitement if you were to stumble across one of these altered environs.  Here is a link to Danny Treacy website.

Silent Sentinels is an photographic exhibition by Simon Isaac which opens on the 2nd of March 2013  at the Beecroft Gallery, Essex UK.  Please take a look at his website to see more about this project, silentsentinels.co.uk

I am currently working on a series of works utilising abandoned spaces.  This project is being made possible with the help of The Urban Abandonment Projekt.

These images are from a recent image to an abandoned asylum in East Lothian, Scotland.  The site is deserted with remnants of its previous use still a plenty.  In the next few weeks I intend to document new works within this space building on the loss yet potential still contained within this site.  The sense of experiencing a space like this relies on a inner conversation between spaces outside it that allow you to comprehend the environment you are presently experiencing. 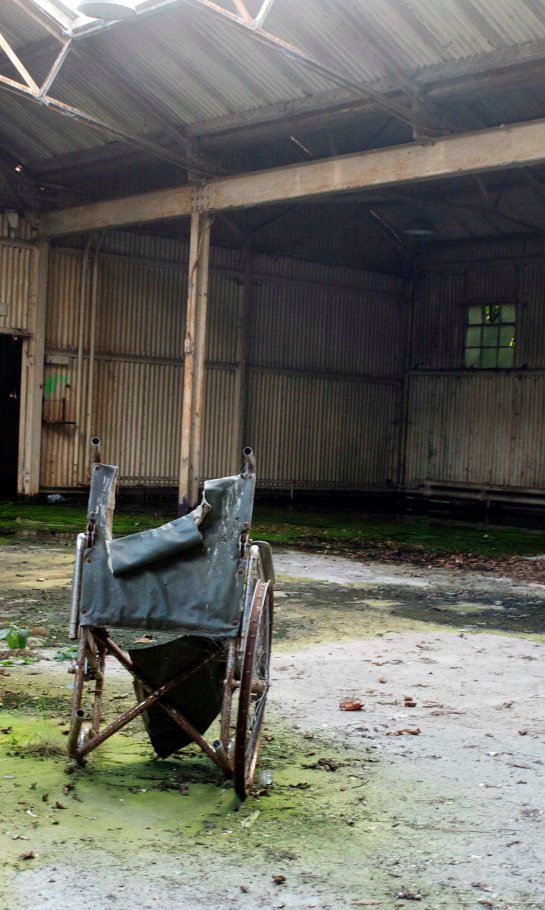 I came across Paul Wallach sculptures last week due to his solo show – heretofore – opening at Galerie Jaeger Bucher.  His skeletal sculptures hold presence in space but allow us inside the space they create.  Stripped back to the minimum these forms really resonate with ideas that I have been researching and considering about final resolutions to current work.  Here is the press statement for this exhibition and link to the Gallerie Jaeger Bucher

This slightly archaic English indicates that we are in an “up to now.” It expresses a vision of history across space-time, or, as the poet Nicolas Pesquès puts it in his splendid text on the exhibition :

“The support of yesterday for its continuous revival and, in this in-between which is today, the practice of a future that turns its back on nothing.”

The raw material of his sculpture — wood — is a living substance with a smell and a texture, capable of changing over time. The artist is familiar with every aspect of this material, having worked with wood since childhood, and seeing trees as the absolute creation for they are living sculptures inserted in Nature with an infinite diversity of forms; Trees are for him absolute creations, living sculptures infinitely diverse in their forms; this does not prevent Paul Wallach from using other materials, such as plaster, steel, cloth, paper, metal or even glass, which give a great unity to the work in the cohesion of their assembly.

These new works have a likeness in their common means of expression: rough and whitened wood, lightness despite volume, the mysterious way in which they hang naturally on the wall, held by a thread, a pin or a simple nail, resembling spatial forms filled with density varying in appearance and volume according to our own perspective. Volumes in space as much as forms filled with space, these sculptures float weightlessly thanks to their skilfully modelled architectures and geometries: they seem to be conceived from space, changing their point of perspective as they see fit in order to multiply the exploration of our sensory capacities and demonstrate how essential their exploration is for the world we are forming.

In addition to the traced lines and their drawings in space, which become forms of sculpted space, there is also a painterly dimension to his sculpture, a painting-becoming- sculpture, as it were.

The sculptures of Paul Wallach invite us into the heart of geometry and its many spatiotemporal landscapes as well as mindscapes; their perception is ever renewed according to the time, mood and light. 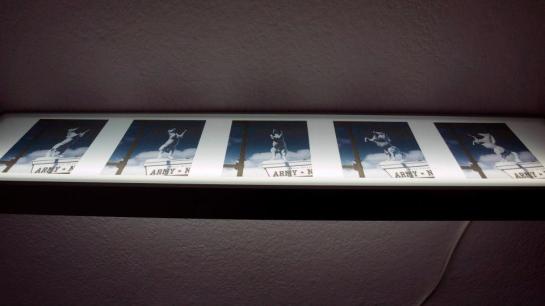 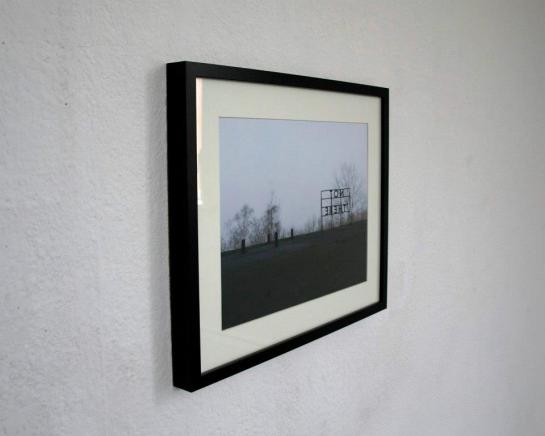 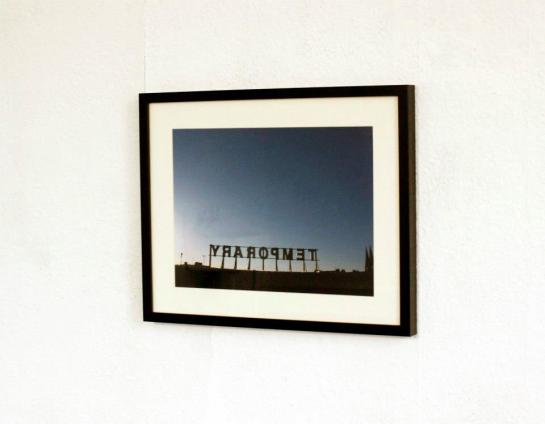 This past weekend I had a small exhibition of my text and sign work that is an ongoing part of my practice.  These works capture my thoughts and allow me to process ideas prior to abstraction or larger realisations.  The exhibition really helped me back this work instead of separating it from my sculptural works.  I feel elements from my text work will gradually work its way into some of my sculptures in the future.

An Exhibition of Sign and Text work by Dickie Webb

TEXT: AS, brings together past and present sign/text works, generated through Webb’s nomadic practice.  These works highlight the point at which Webb’s research and studio meet.  Primarily a sculpture and process-based artist, Webb relies on text as a means to clarify ideas of his individual existence and as a means to deal with transitory encounters. The simple use of text tries to encapsulate raw ideas prior to development into larger installations.  This exhibition introduces Webbs’ artist books, micro signs and worked digital images, which question ongoing themes considered within the studio. 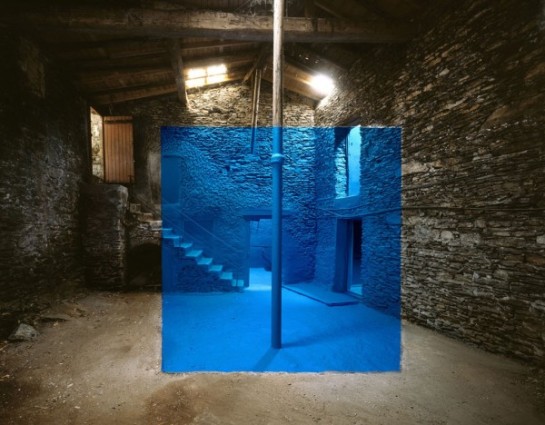 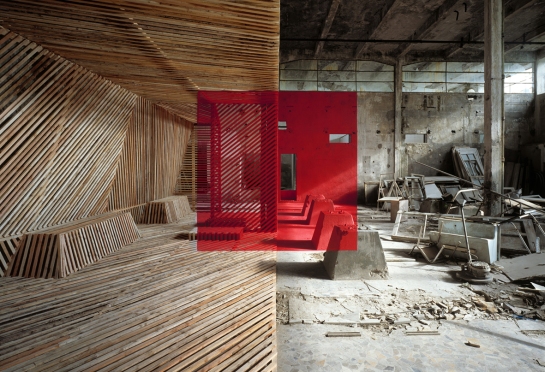 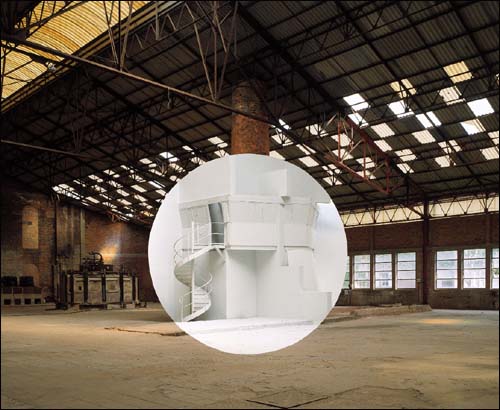 A friend sent me this link today for these photos by Georges Rousse.  These abandoned buildings which he photographs are meticulously painted with geometric shapes so that it appears like a flat surface of filter has been added to the image.  Incredible contrast between the flat colour and disused surrounding space works really well.  Website 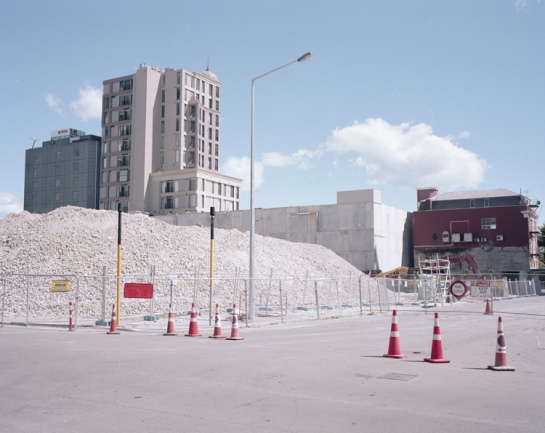 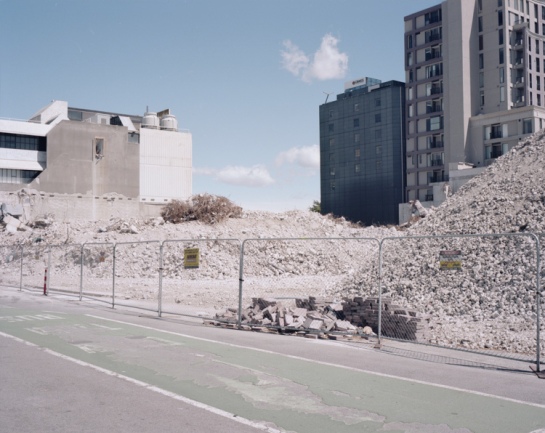 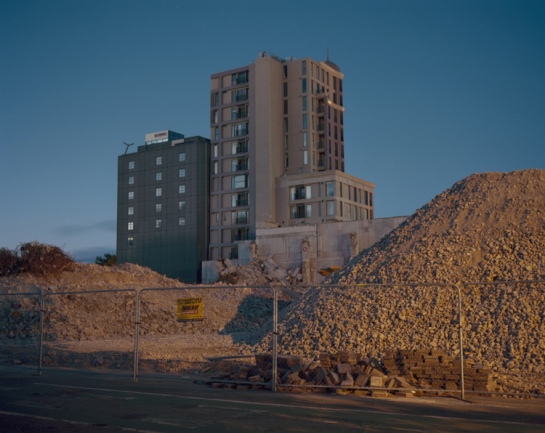 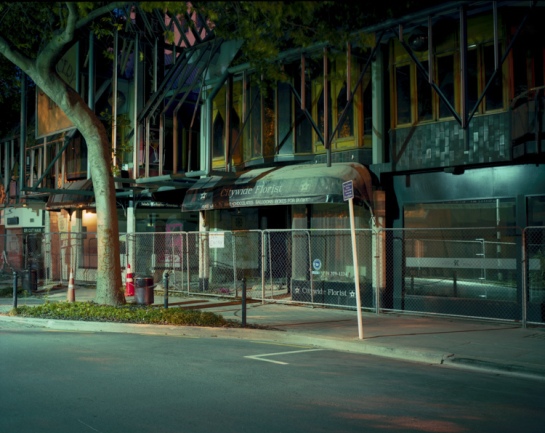 This week I am installing a small exhibition of what I term my text and sign work, TEXT: AS.  Part of this show I will be exhibiting new works that I recently made based on my time visiting Christchurch, New Zealand.  I had my last summer in Christchurch in 2000/2001 since then I have passed through Christchurch each year on my seasonal travels to the snow.  The year I returned after the two huge earthquakes I was pretty struck by the sense of destruction and removal of a centre.  The other day I came across an Australian photographer Wouter Van de Voorde and his series titled “Sisterland” which seemed just fitting in so many ways.  The images three years on since the earthquakes still show the scars and the emptiness left by such a huge force of nature.  The softness of the photos though give you a sense of being there again or witnessing the time and space in person.  Please take a look at Wouter Van de Voorde blog and website as his work has a really good craft and eye to it.  Website and Blog 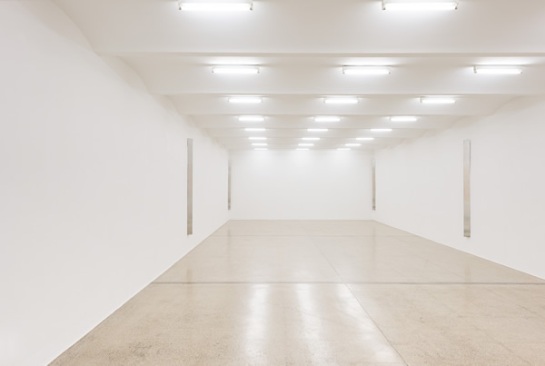 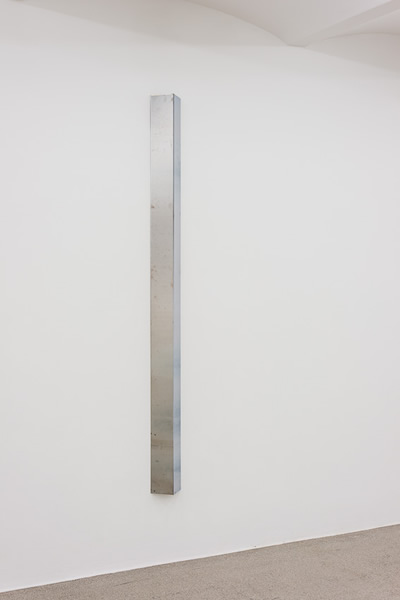 Liz Deschene is known for her photographic works and more specifically her work with photograms.  These right angle works in her current exhibition at Sucession, look metallic in appearance are actually two long photograms joined together.  She plays with the rooms architecture and the way the works are exhibited.  The works disrupt the design of the room something that I am experimenting currently within my own work.  This effect draws the viewer in whilst also drawing them out to respect the space they are presented within.  This discourse between the works and the architecture is incredible.

Last week I was part of a final year group exhibition that took place at Whitespace gallery here in Edinburgh.  The work I proposed was un-tried and un-tested yet I hoped would work.  Half an hour prior to the opening I made the decision that it was too late in the day to get the mechanics to function the way I had intended so decided to just hang the piece sans-movement.  This failure to install was something that I for some reason seemed ok with.  Whether it was because throughout the day there had been many warnings or compromises I am not sure however I seemed to gain a sense of elation from not completing a project as hoped.  This new feeling is something that has played on my mind this past week whilst the show was open and on de-installing the show today I still have no regrets.  I think this process of failing to complete has actually taught me more than if I were to have installed the work as hoped.  Maybe similar to life in snowboarding where to learn anything new you first have to accept the fact there will be many failures is what I am used to and now experiencing with an actual project.  Maybe also that I feel that I am challenging my process to the point where I am not able to become detached from the work as its still requires focus and thorough planning.  I will overcome these problems that I have encountered and hope the lessons learned have progressed the work not just in resolving problems but actually physically working with a space and being able to envision the project from a new perspective.  I am not seeking to fail however it is refreshing to learn so much from one such small project.  The world did not end and I will keep on making so whats the worst that can happen.