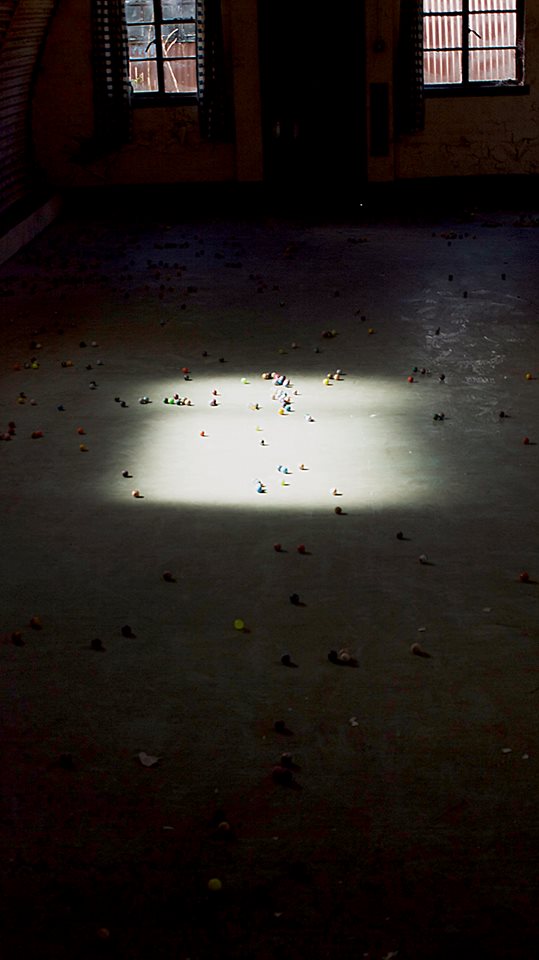 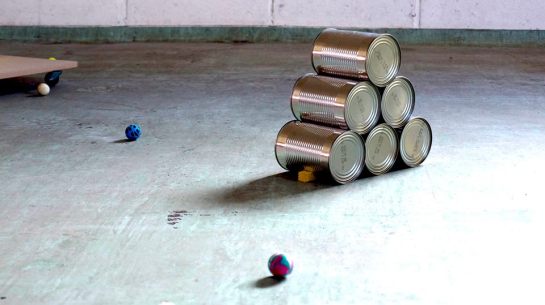 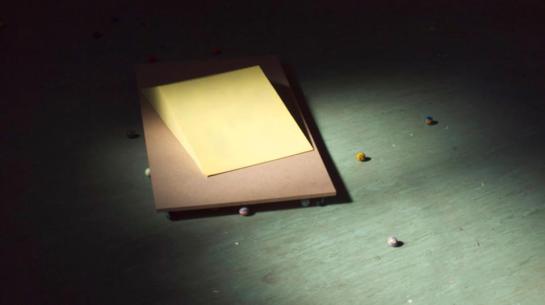 Here are some installation shots of ONE ACTION, ONES ACTIONS installation that I created for Cultybraggan PoW Camp Open Day last week.  As you can see the term interactive was a bit of an understatement.  The piece worked well with all ages and the inclusion of 2000 bouncy balls broke down the fear of a solely conceptual piece of work to a participatory environment.  This project has let me consider future works within the public realm as it brings a new view point and set of considerations to the idea development. 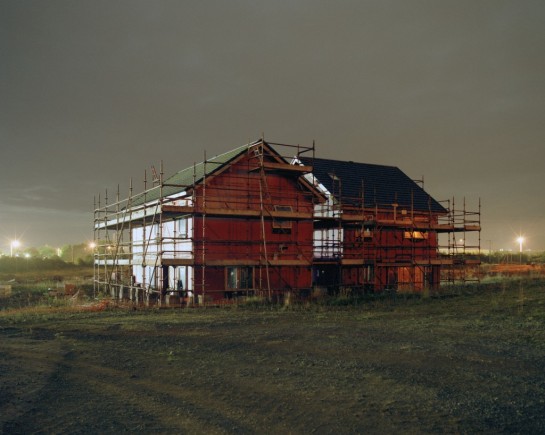 Global Ghost Towns: Photography Showcase 23.3.2013 Emma Cummins continues her exploration of contemporary ghost towns by showcasing the work of five artists and photographers. From Anthony Haughey’s images of Ireland’s ‘ghost estates’ to Richard Allenby-Pratt’s photographs of deserted cities in Dubai—the effects of the global economic crisis are revealed in a very visual way. Attracting attention from newspapers such as The Guardian and The New York Times, ‘ghost towns’ are a common architectural landmark across today’s globalised world—but what do these images reveal about neoliberal development? (re-post from Future State Blog) 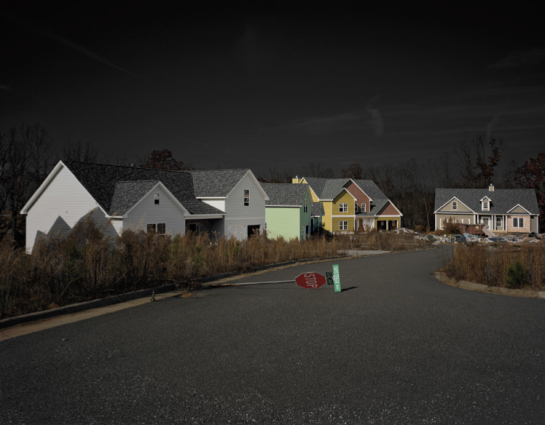 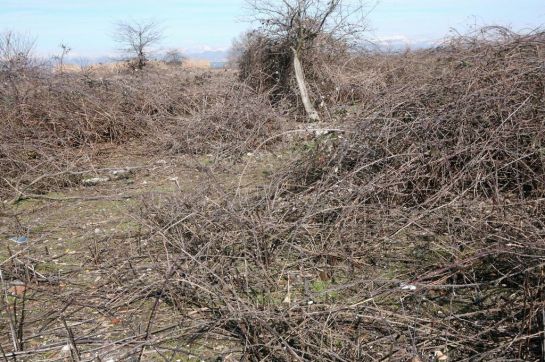 Lara Almarceguis’ practice has seen her draw attention to the those spaces often ignored both by accident and by intention.  For the Venice Biennale 2013 Almarcegui has created works that occupy two sites.  One is in the Spanish Pavilion whilst the second part is on the island of Murano.  Here is text from the Press Release that outlines the works Almarcegui has installed and presented for this years Biennale.

Lara Almarcegui will represent Spain at the 55th International Art Exhibition–la Biennale di Venezia with an installation in the Spanish Pavilion, which includes a research project on the island of Sacca San Mattia in Murano.

According to the Spanish curator Octavio Zava, “Almarcegui has been working at the boundary between urban regeneration and decay, and devising exhibition projects that render visible what escapes our attention and even our awareness. Since the mid-1990s, she has been researching and studying the transitional spaces where the urban and the natural orders meet: the processes of urban planning and transformation of the peripheral wastelands of the cities brought on by economic, social, or political interests and changes. At the same time, she has been analysing urban and architectural landmarks and features that we hardly notice or upon which we rarely, if ever, focus our consideration. Operating as an archeologist of the present conducting field research, Almarcegui documents her investigations by way of guides, maps, and brochures, in an effort to concentrate on marginal elements or areas within the complexity of our urban reality, revealing the connections that inform us about the relationship between our past and our future. Likewise, in deconstructing buildings and other landmarks and constructions, Almarcegui unravels our understanding of inhabiting, by showing the inarticulate, bare materials of which the buildings are made, or uncovering the products of recycling that they use and that they themselves, in turn, end up becoming, to get us closer to the inherently entropic nature of civilization. Ultimately, these works connect the outdoors with the indoors, and the inside with its awareness of itself, in a dialectical process of knowledge.”

The artwork of Lara Almarcegui (Zaragoza, 1972) stems from a heightened awareness of the city, using its wastelands and buildings to reflect on the evolution of the urbis itself and the elements that comprise it. With engaged projects such as her guides to modern ruins and urban wastelands or her rubble mountains, Almarcegui has taken her practice to capital cities like London, Beirut and Vienna and has participated in major international contemporary art events such as Manifesta 9 (2012) and the São Paulo Biennial (2006).

Under the curatorial guidance of Octavio Zaya, Almarcegui will bring two related projects to the 55th International Art Exhibition–la Biennale di Venezia—that continue in the same line as her previous works. One tackles the physical space of the Spanish Pavilion in the Giardini, while the other explores an empty plot of land beside the island of Murano.

In the pavilion, a large sculpture installation interacts with the architecture of the building constructed by Javier de Luque in 1922, occupying the entire interior. Construction Materials of the Spanish Pavilion consists of mounds of different construction materials, of the same type and quantity used by workers to construct this very building in the early 20th century. The installation revolves around a huge mountain of cement rubble, roofing tiles and bricks smashed to gravel which occupies the central room, making it virtually impossible to enter this space directly. Other lesser mounds, each of a different material (sawdust, glass and a blend of iron slag and ashes), will be located in the side rooms, which visitors will be able to walk through and so circle around the large central mound.

Meanwhile, in Murano Almarcegui has also devised A Guide to Sacca San Mattia, the Abandoned Island of Murano, Venice, a research project that focuses on the Sacca San Mattia, an artificial island formed by the waste deposits of Murano’s glassmaking industry. The project is actually a study of an empty plot on that island, how it was formed, the site’s current geological and environmental conditions, the projects that have been planned for this plot and the reasons why none have come to fruition.

The artist has remarked, “I’m interested in wastelands as spaces that don’t fit in any city planning design. These spaces are important in and of themselves”, and she adds, “I feel very comfortable in them. They give me a lovely sensation of freedom.” The artist reveals the significance of these spaces’ existence in the city, as architectural remnants of its past but also as the potentiality of what empty spaces can become. In a recent statement Lara explained, “I try to say something rather than just present an image. It’s my way of ‘demolishing’ any idealised conception of the space. If I present a building as 100 tons of concrete, 30 tons of steel and 10 tons of brick, I’m reducing it to its crude, physical reality. Plus, revealing the ‘ingredients’ of a building allows us to imagine what a place looked like before it was built and what it will look like after it’s demolished at some future point.” 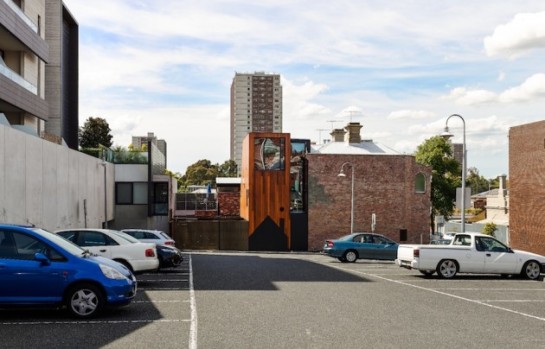 This new project in Australia titled HOUSE House is created by Andrew Maynard Architects.  Joining two existing buildings with what you would expect in more populated cities this slimline house is a bit of an anomaly in Australia.  I am still drawn to buildings that make small spaces inhabitable.  The creative use of space which otherwise would be ignore sparks ideas of other spaces that can be utilised to do more.  Here is a link to Selectism site where this was posted and to Andrew Maynard Architects. 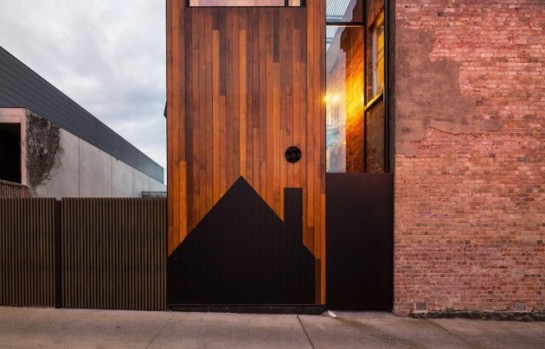 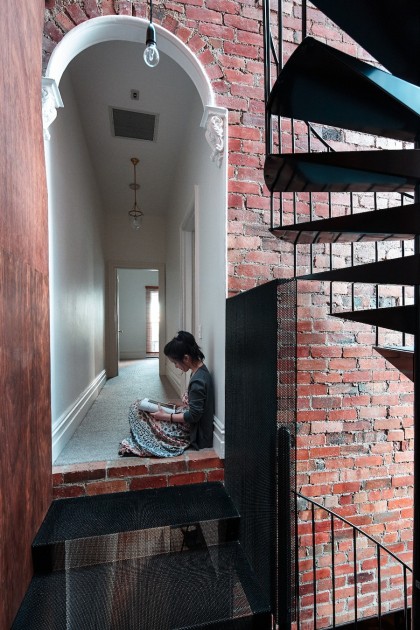 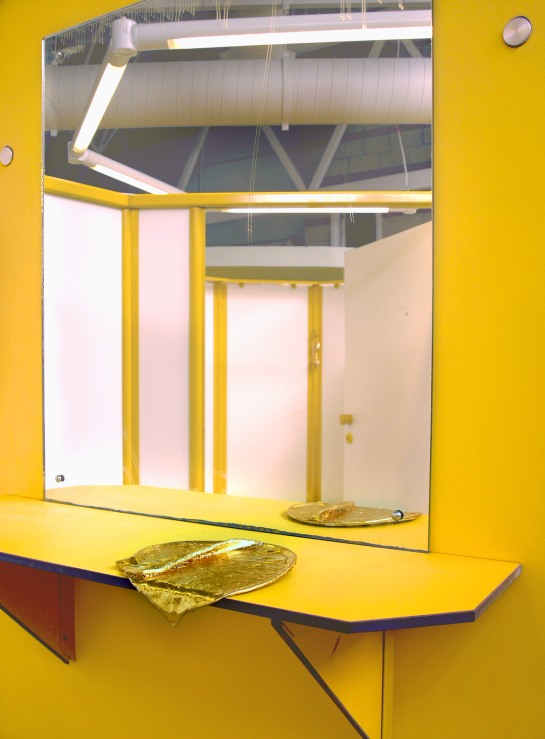 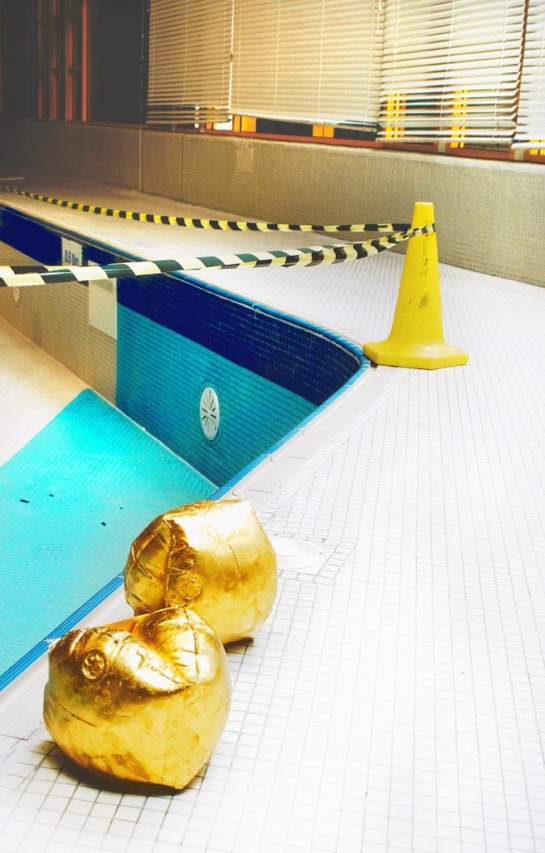 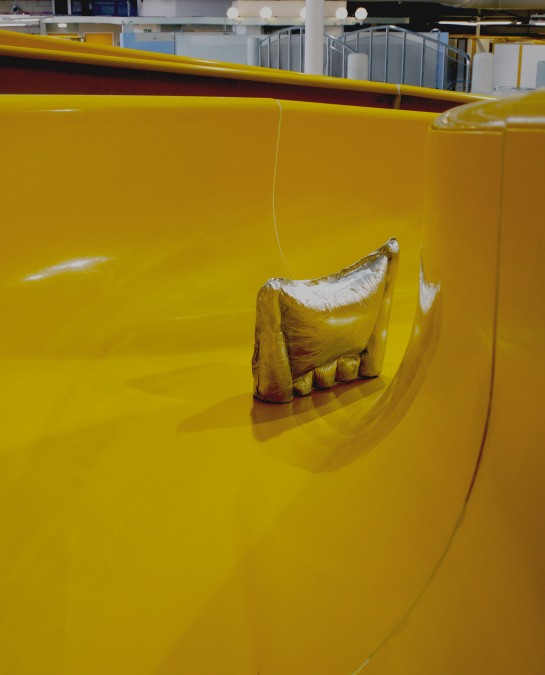