The practice of Nicolás Lamas is full of playful process based works.  Using process, objects and a systematic use of language to explore the gaps within what others see as certainties.  The inquisitive nature of his various works explore past the obvious, simple techniques alongside conceptual installations allow your mind to wander.  Little gems of information are offered which allow your understanding to enquire as to what further levels of information Lamas is presenting.  It is good to see an artist who does this allowing a viewer to become engaged through entry points whilst also taking them on a tour of further concepts that could be over looked without this engagement.  Click here for his Website. 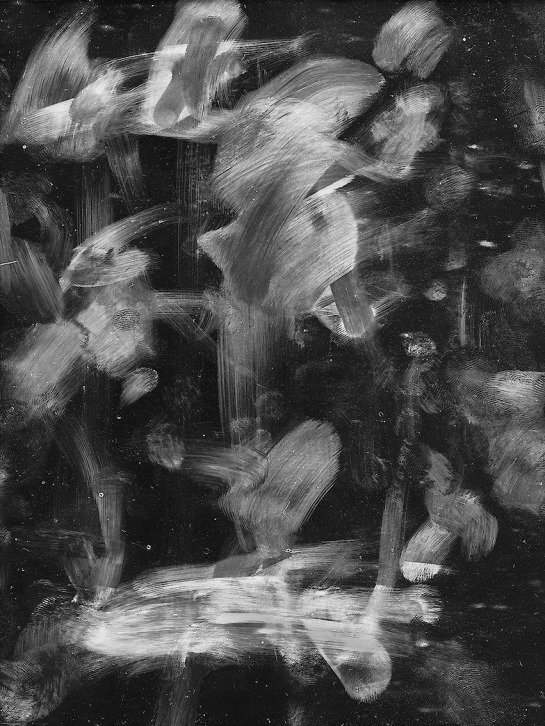 Nothing comes from nothing? 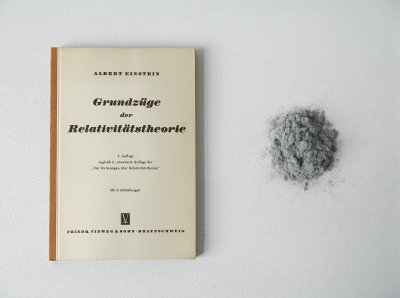 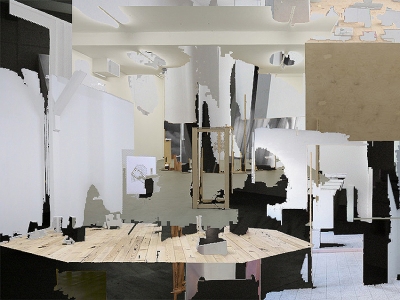 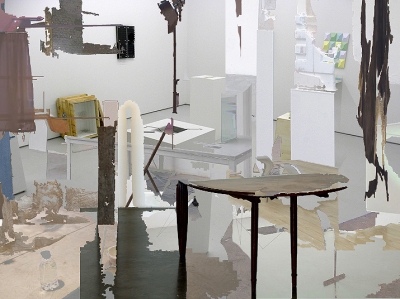 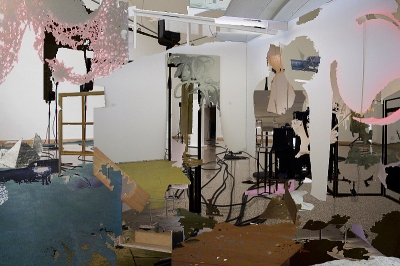 The Center for Land Use Interpretation (CLUI) has always occupied a somewhat paradoxical space–one that is informatively neutral but at the same time also subtly provocative. This aspect allows its organizers to penetrate often, impenetrable places such as the Nevada Test Site. Indeed, the CLUI is as well known inside the art world as it is outside of it. It is in fact one of the more internationally well-known and respected interdisciplinary entities in contemporary art that often does not appear as an arts organization at all but instead as a highly creative interpretive center for some institutional-like agency.

Founded in 1994 by the Center’s director, Matthew Coolidge along with various CLUI associates as a research and educational organization whose mission is “dedicated to the increase and diffusion of information about how the nation’s lands are apportioned, utilized, and perceived.” The CLUI stipulate that “the manmade landscape is a cultural inscription, that can be read to better understand who we are, and what we are doing.” The Center is interested in multiple interpretations of landscape from a variety of perspectives and points of view.

The Center supports and presents a variety of exhibition programs at its main exhibition and office location in Culver City, CA adjacent to another SoCal gem of hard-to-classify arts practice–The Museum of Jurassic Technology. The Culver City location also features a bookstore where one may sign up for the Center’s newsletter, The Lay of the Land and purchase various Center produced publications. The CLUI also organizes highly popular bus tour trips. Its years of research have been organized into a publicly accessible online Land Use Database. On occasion, the Center hosts outside researchers though its Independent Interpreter Series.

The Center’s American Land Museum is a group of associated satellite locations including the Wendover facility located deep within the Great Basin at the Nevada/Utah border adjacent to Utah’s Great Salt Lake–home of land speed records and Robert Smithson’sSpiral Jetty. Here resides the Center’s Wendover artist residency program at a former WWII training airbase whose claim to fame is its role supporting the first atomic bombing missions dropped on Hiroshima and Nagasaki. Wendover visitors may casually visit the Enola Gay hanger that housed the B-29 bomber that forever sealed Hiroshima’s nuclear fate, later immortalized in early Richard Misrach photographs.

Other field office locations and facilities include the Gulf States Field Office in Houston, TX; the Northeast Field Office in Troy, NY; the New Mexico Field Site outside of Albuquerque, NM; the Central States Exhibit Unit in Lebanon, KS and the Desert Research Station located in Hinkley, CA.

Opened in 2000 as part of the Museum of Contemporary Art’s exhibition Flight Patterns, the Desert Research Station (DRS) focuses on the California Desert region, specifically the Mojave Desert extending from Los Angeles outward fringes within the Antelope Valley eastward into Las Vegas, Death Valley, and the Mojave National Preserve–essentially “the desert beltway around the hinterlands of Los Angeles.” Exhibits are open year-round to the public and are accessible as self-guided gallery walk-throughs (visitors must access the facility through the combination keypad after phoning the CLUI during regular business hours for the access code; call-in information is located at the door). The DRS grounds include interpretive walking trails with signage exhibits. Additional facilities on site are available for researchers conducting operations with the CLUI.

Recent projects include several sound installations “related to spatial dynamics of the ground.” Steve Badgett and artist and interdisciplinary artist, Deborah Stratman produced the Desert Resonator, a 75-foot long aeolian harp which reacts and interprets the wind movement’s over the ground into sound, using a spherical acoustic resonator. This permanently installed sonic sculpture’s “six 75′ long strings pass over dual bridges and produce multi-harmonic drones contingent upon the force and consistency of the air currents”–effectively translating the wind.

CLUI associate, Steve Rowell explores the phenomenology of sonic booms linking sky, sound, and ground in unexpected ways. Due to the DRS’s proximity to Edwards Air Force Base and Naval Air Weapons China Lake Facility makes it a perfect location to research and collection of such sonic phenomena.

Wendover artist residency program participant William Lamson ended up staging his Line Describing the Sun project in the winter months of 2011 on nearby Harper Dry Lake when the originally intended site conditions at the Bonneville Salt Flats near Wendover proved inadequate. Using a Fresnel lens apparatus mounted onto a mobile unit Lamson inscribed a 366-foot burn arc other the course of one day onto the lakebed. The concentrated intensity of the 1,600-degree point of light melted the lakebed’s dry surface, “transforming it into a black glassy substance.” When the project was later exhibited in NYC the project prompted the NY Times to comment, “Mr. Lamson can’t go back in time, but he can still go to the desert.”

Other current projects include a collaboration with University of Southern California art curatorial graduate students that is studying and documenting experimental aircraft crash sites found throughout the region.

Future research projects include those supported by independent/autonomous solar power systems, an underground bunker space, additional sound/space projects, and one concerning DIY low altitude aerial photography. The walking trail is scheduled for completion by January 2013 with a combination gate to allow public access.

The street address for the DRS is 40083 Hinkley Road, Hinkley, CA 92347.
Directions to CLUI’s Desert Research Station: From downtown Los Angeles, take I-10 east, to I-15 north towards Las Vegas/Barstow. Just before Barstow, take Highway 58 west. Proceed approximately 9 miles to Hinkley Road, which is sometimes indicated with a “Hinkley 1 Mile” sign. Turn right on Hinkley Road and drive north 4 miles to the DRS, located on the east side of the road. Phone the CLUI at (310) 839-5722 for combination access code during normal business hours.

Top Image: Using the horns at the DRS, acoustic “binoculars” on the walking trail. | Photo: Courtesy of CLUI