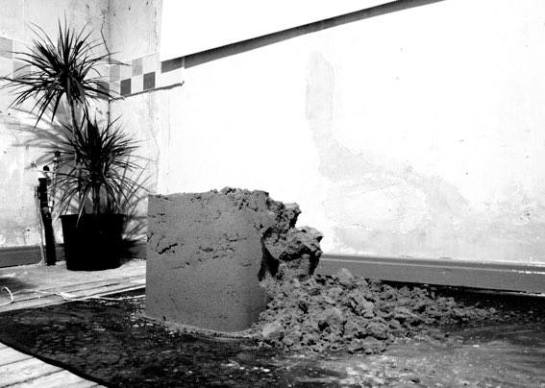 Since arriving here in Stockton my time has been spent exploring not just the local landscape but also my current limits of my practice. I came here looking to examine how I install current workings of sonic works and how I can develop or bridge the gap that I find between what I am making and what I am trying to offer.

The first few weeks were spent contemplating speaker architecture and how installing speaker drivers within a form that dissolved or collapsed whilst it functioned worked.  Drawing on the inspiration of the local area and its regeneration hopes/plans.  I have been thinking heavily about addition and reduction as methods of creation both in sound and process works.  Glitch process that I have been known to use is a perfect example of how regeneration seems to operate, existing ideology is rehashed the result is urban planning that though clearly considered it is not until it is implemented you realise the functional errors of such planning. 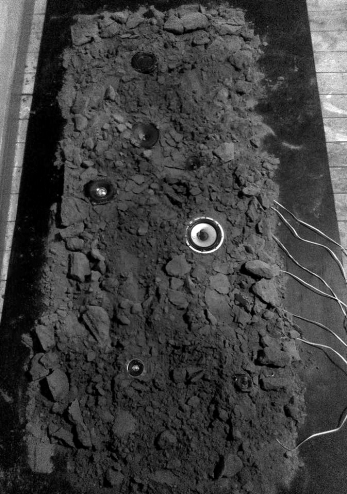 The focus on heritage and community, the life and death of generations that have called a place home.  The time that passes by and the marks those leave on a place last longer than structures in many cases.  Replacing old is not something that should be done without consideration and awareness for those that live within it.  The Auxiliary residency is based within a community that is exposed to many different social factors.  It is an opportunity to live within a place that is struggling to come to terms with how it should function.  The oddity is that with all the trials and time that it takes to rejuvenate a place it somehow still continues, functions without much thought.  Time will change the nature of a community however daily this is not something that is really brought to your attention as each day was like the last.

Mid way through this residency my father has a stroke which alongside my research here at the Auxiliary has given me a new perspective.  Seeing a parent go through a life changing moment in their existence brings reality home.  I have recently been back and forth between the residency and my parents to see how my father has progressed with his recovery.  Even though I have not been making as much as I would of hoped it has provided much needed reflection, thinking more about the sound works that have been started yet not finished.  The last few weeks here in Stockton I hope to realise some new works with little or no focus on completion yet more or presenting something that is mobile/fluid and evolving. 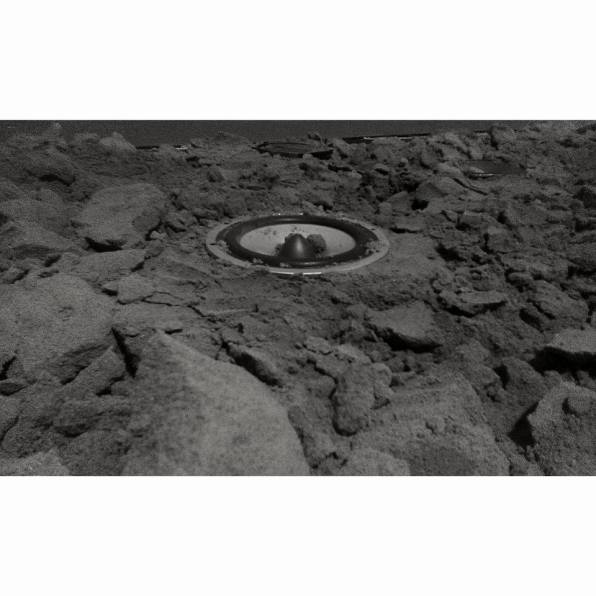 When the Australian composer and producer Ben Frost released his fifth album, “A U R O R A”, earlier this year the reviews were rapturous. Rolling Stone called it “unrelentingly menacing”, Drowned in Sound said it was a piece of “aural suffocation” (in a good way), and both picked it as “Best Album of the Year So Far”. Frost, though, is more low-key. His albums, he has said, are “over-glorified business cards”—adverts which get him well-paid commissions (he has written music for ballet, opera and film) and bring audiences to his live shows. He has been touring “A U R O R A” since April, and is playing six nights in Britain next week. It’s only live that you hear the album’s terrifying architecture. Listening to it on headphones is like reading a book about brutalism: it doesn’t do justice to its scale and weight.

An architect is certainly what Frost sounds like when you talk to him. When I spoke to him recently, he referred to sounds as “objects that have texture and shape”, and composing as “an arrangement of space”—which suggests his music is meant to be felt as much as heard. In August in a small south-London club, he played “A U R O R A” so loud and so deep that the audience couldn’t help but feel it. He has likened the pounding of the kick drum to “the externalisation of the human heart”. Shake your head all you like—as the drums thundered my heart hammered, and I began to wonder if it might leap out altogether. Some of the people pressed in close around me looked ecstatic, but plenty looked uneasy: the room cracked with the synthy snap of chain against metal; the air around us walloped with what felt like the weight of concrete slabs. On the small, dim stage, Frost was bent over his equipment, carefully adjusting knobs and dials—though he may as well have been operating a forklift.

In contrast to his previous albums, “A U R O R A” is more militant and synthetic-sounding: there are no guitars, piano or stringed instruments. Instead, he uses heavy percussion, synths and lots of distortion, and he processes the sounds through his computer. The result is a portentous mass of noise undergirded by simple rhythms and melodies that emerge occasionally from the aural chaos. These primarily recall the rhythms and melodies of techno, trance and industrial music, although, with a recurring bell motif and occasional brass burps, there are some classical flourishes. But this kind of music—the kind that hits you in the solar plexus—isn’t produced by simply turning up the volume. It also involves playing sub-bass sounds: frequencies so low they’re not so much sounds as they are thrums, of the kind you’ll feel if you place your hand on a subwoofer.

As PA systems grow in sophistication, musicians and sound designers are exploiting a wider range of sonic frequencies—ones that steal ever further into the realm of the physical. A range of artists—from the Seattle drone-metal band Sunn O))) to the Portland noise artist Pete Swanson and the London DJ duo Raime—have, in the last few years, been experimenting with low-end music that gets at the gut. The music magazine the Wire has called it “a live performance trend”.

But Frost thinks technology will take us further still. As absorbed as he is by music’s effects on the senses, whether aural or tactile, he’s intrigued by how advances in medical technology might improve upon our limitations. “Twenty years from now, I think we’re very likely to be able to have our ears upgraded so that we can perceive a wider range of frequencies—or by-pass the ear entirely,” he says. “I’m personally really excited about that. Every time the fucking jack cable rips out of my headphones when I stand up too quickly and I have to put it back in, there’s always this little moment where I want to jam it straight into my skull.”

Frost might be looking to the future, but he should just look at what’s right in front of him: the people at his gigs, forced to listen with their whole bodies, already have their skulls full of his music.